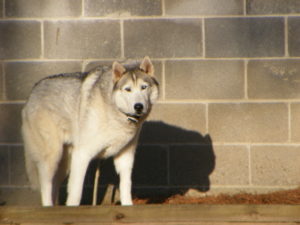 The main goal of a home inspector is to make sure his clients are buying a safe house and also not buying a money pit.
In the last two years, we have seen an increase in the older houses that investors or “Flippers” buy, fix up and resale for profit. Of course, the name of their game is buying cheap and sell high. In an effort to do that safety is often overlooked.
In the first part of this series I would like to talk about houses that use to have a Meth lab and safety problems that can cause due to containment.

Things to know:
• Meth labs range from crude, makeshift operations that can be set up anywhere to highly sophisticated and technologically advanced facilities.
• Since Meth labs can be set up almost anywhere and are often found in private residences, motel and hotel rooms, apartments, trailers, automobiles, campgrounds and commercial establishments. Labs are also found in rural outbuildings, barns, lake houses, and other structures that may appear uninhabitable.
• There are many different ways to make meth, and the precursor chemicals,

Signs of house having and has had in the past the present of Meth
Since the chemicals used for making Meth are common and be bought just about anywhere most household can have these items but if there are larger quantities that should be a red flag.
Common ingredients found on site:
Gas-line antifreeze
Ephedrine or Pseudoephedrine (such as Sudafed…)
Muriatic acid
Acetone (nail polish remover)
Ethyl Alcohol
Hydrogen peroxide
Iodine crystals
Coleman fuel
Paint

Common paraphernalia and equipment on site:
Set paraphernalia used to make meth can have the appearance of a home chemistry set. The presence of many bottles or containers with various liquids in them may indicate the presence of a meth lab. Gloves, tubes, and weight scales may also be indications of a meth lab.
Home grill propane tank with blue corrosive on the gas valve from Ammonia download
Meth labs can be contained in something as simple as a cardboard box. Look for piping attached to odd containers, beakers, jars, and funnels. As well as bi-layered liquids, or strange and powerful odors. Any accumulation of these materials, whether in a cabinet or a box, may indicate the presence of a meth lab.
Coffee filters with fluorescent green, blue and red stains
Aluminum foil
Excessive Trash
Police estimate that for each pound of meth produced, five to six pounds of hazardous waste is created. Empty fuel containers, over-the-counter cold remedies, and neon-stained coffee filters are all common items found in meth lab trash piles.
Iodine Stains on walls
Yellow-brown stains on the wall could be created by iodine byproducts from meth production. All of the drywall must be removed to ensure the safety of future occupants. One way to test whether or not the stains you see are iodine stains is to spray them with spray-starch. If the stains were caused by iodine they will turn a dark bluish or purplish color. Exposure to high levels of iodine can cause an enlarged thyroid (goiter) in young children. Thus iodine stains along with all other signs of meth should be serious cause for concern for potential homeowners.
Dead Vegetation
Large areas of dead or dying vegetation in yards which could be poisoning or harming animals and humans who come into contact.
Odors
Strong and unpleasant odors are often present in homes where meth production took place. An odor that resembles that of cat or pet urine is often noted. An overwhelming scent of air freshener may also be used to mask odors. The bathtub, toilets, or sinks may be stained and produce foul odors.

Buying a Flipping house? When buying a house or inspecting a house, anything that does look, smell, or feel right should be questioned.

The Importance of Cleanup
The health and safety of the homeowners should always be a top concern for the Home Inspector. Here are some specific reasons why Home Inspectors should take meth identification and cleanup seriously. A Case Report Jason and Rhonda Holt purchased a house in Tennessee to start their family. They were soon plagued by mysterious illnesses. Their three babies became pale and lethargic, requiring many trips to the emergency room where they were put on respirators, with one receiving steroids. Rhonda developed headaches, and her husband suffered kidney ailments. They endured these illnesses for years until they discovered, five years after moving into their house, that it was the location of a former meth lab. The Holts would need to spend more than $30,000 to rid their home of the toxic chemicals that had saturated the home.
If the Holt’s had hired a Home Inspector who recognized the signs of meth contamination, they would have had an opportunity to delay or cancel the purchase of their house, avoiding serious illness and financial burden.
Children’s Health Protecting children’s health from environmental risks is fundamental. Children may be more vulnerable to environmental exposures than adults because their bodily systems are still developing; they eat more, drink more and breathe more in proportion to their body size; and their behavior can expose them more to chemicals and organisms.
According to the Department of Justice (DOJ) Office of Justice Programs (OJP), children who live in or visit meth labs or are present during drug production face acute health and safety risks. The age-related behaviors of young children (such as frequent hand-to-mouth contact and physical contact with their environment) increase the likelihood that they will inhale, absorb or ingest toxic chemicals, drugs or contaminated food. Their physiological characteristics (such as higher metabolic and respiratory rates and a developing central nervous system) leave them particularly vulnerable to the effects of toxic chemical exposures. Exposure to drugs and alcohol before birth places infants at increased risk for neurological abnormalities and respiratory problems, which may be compounded by ongoing environmental exposures.
Children may also have a special vulnerability to certain harmful materials that may be present during meth lab remediation activities, including lead, asbestos and mercury. For these reasons, special care should be taken when cleaning up a former meth lab if a child lives or will live in the residence.
What should buyers do when buying a home?
Screening process – Foreclosures – Meth labs get used, trashed, and abandoned. These houses end up being foreclosure and then recycled back into the market.
Ask the sellers
Police trouble houses – A house that has a history of police visits is more likely to have a meth lab history.
Talk to neighbors – Its amazing what neighbors around the house being considered will tell. Most are very honest and are willing to talk about a house history and police visits
Call the local police. Ask Police community service office to check the address of the home for arrests, drug busts, and other problems.
Call the health department
Search the house on the internet https://www.al.com/news/2015/07/meth_lab_been_discovered_in_yo.html